So I saw Christine from polandbananasBOOKS do this on her youtube channel, so I will link that here.

One: We Are Never Ever Getting Back Together

A book or series that you were pretty sure you were in love with, but then wanted to break up with. 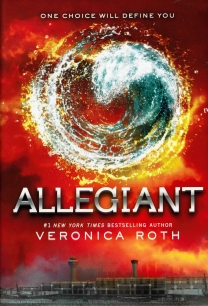 Easily the Divergent Trilogy by Veronica Roth. Honestly, I was/am completely in love with the first book. Divergent was great! And then came Insurgent, which was an “okay” book, but I was still pretty passionate about the series. And then came Allegiant. That book was…not good. Honestly, I think I dislike it about as much as I dislike Mockingjay by Suzanne Collins. I think we can all guess why, but I’m not going to spoil you. It was a combination of the split POVs, the storyline, and the ending.

A book with a red cover.

Catching Fire by Suzanne Collins. It’s my favorite book and movie in the Hunger Games trilogy. The cover’s pretty simplistic, but it’s red, so there you go.

A book that makes you feel nostalgic.

Twilight by Stephenie Meyer just makes me feel so nostalgic for my Twihard days when my sister, my grandma, and I would all go to the premiere wearing Twilight t-shirts, Edward earrings, and necklaces with fangs or a wolf or something. Twilight is also the book that got me into hardcore reading. I just love that series SO MUCH.

A book with forbidden love in it.

The Throne of Fire by Rick Riordan. It’s not so much in the first book (The Red Pyramid) as in the second (Throne of Fire) and (The Serpent’s Shadow) third book, but this series as a whole has tons of forbidden love and I LOVE IT. A magician and a god…it’s fabulous and if you haven’t read The Kane Chronicles, I highly recommend the series.

Five: I Knew You Were Trouble

A book with a bad character you couldn’t help but love.

Shadow and Bone by Leigh Bardugo has the Darkling in it and as much as I hate him, I have to love him. His character is developed really well, and have you read the description of him? HE IS S E X Y.

A book that someone ruined the ending for.

Definitely The Fault In Our Stars by John Green. Both of my friends spoiled me when I told them I was thinking about reading it. Megan and Emily both told me that (*spoiler) AUGUSTUS DIES. I was so ticked. You have no idea…

Seven: Everything Has Changed

A book with a character who goes through extensive character development.

Rose Hathaway from Vampire Academy by Richelle Mead is probably the one that’s gone through the most development. She went from being reckless, irresponsible, and a partier to becoming totally responsible and caring about the people she’s around. That’s putting it lightly. Her character does a complete 180.

Eight: You Belong With Me

Your most anticipated book release.

Lady Midnight by Cassandra Clare hands down. I have been waiting on that book FOR TWO YEARS. And it’s going to be released March 8, 2016! I am so excited. Like you have no idea…

Definitely Damon and Elena from The Vampire Diaries series. They make each other better and I just love their relationship. They’re so cute together!

Ten: Come Back, Be Here

The book you would be least likely to lend out. 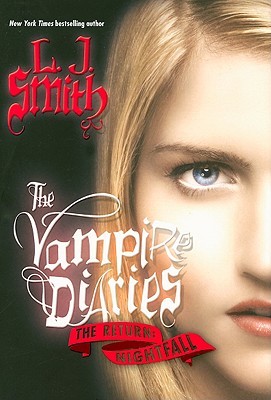 Here’s the deal. I don’t lend out books. I don’t. So (theoretically) if I were forced to lend out a book, it would not be my copy (of any of the series) of The Vampire Diaries. Those are my babies. We’ve been through a lot together. They were the first books I stayed up until 3 and 4 am reading. So no. No one will be touching them.

Eleven: Teardrops On My Guitar

The book that made you cry the most.

This is going to be shocking. Because it is not The Fault In Our Stars by John Green. I didn’t even cry in that book, which I blame on me being spoiled…but the book that made me cry the most was White Hot Kiss by Jennifer L. Armentrout (please don’t judge it by its cheesy name and cheesy cover). I was crying hysterically in church and my mom was looking at me like there was something wrong with me. It was so horrible. Every book Jen puts out there I cry over, but this was definitely the worst. I had a hole in my heart at the end of this book.

Twelve: Shake It Off

A book that you love so much and you just shake off the haters. 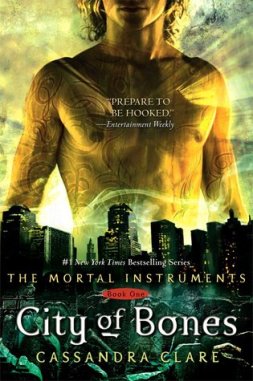 Definitely City of Bones by Cassandra Clare. So many people tell me, “Oh, I can’t get into the series because it’s too weird, and I don’t know if I like the characters…” and blah, blah, blah. You absolutely cannot judge this series by the first book. The first book is more about world building than the characters. You will fall in love with the characters and the story. And if you say bad things about this, I will be shaking you off. Because this series is AMAZING.

A book that you want to go on forever.

This was easy. Fangirl by Rainbow Rowell. I never wanted this book to end! I just want to keep reading this book and learn about the relationship between Cath and Levi as well as learn about their life! Cath is seriously going to be me in college. So I will be rereading this before I go to college.

Fourteen: All Too Well

A book series you wish had been longer.

Definitely the Kane Chronicles series by Rick Riordan. This series is action-packed, full of Egyptian gods (my favorite mythology!), and some love. Oh, how I need more of these characters! Rick Riordan should write a spin-off with a certain god and magician together in it.

Well, that’s it. I first want to thank Emily from Books & Cleverness for letting me use the gifs before and after the book tag. I will link her post here. You all should definitely check that out. I tag all of you! Leave a link to your post in the comments!

I love you all to Luna and back,