Saw Christine do it, thought it’d be fun. I am sure all of you know the drill by now! I hope none of these offend you, but if they do…If the shoe fits…But seriously. If you think this will offend you, just stop now. Don’t read this. And don’t take it out on me.

Now on with the tag!

Question One: A Popular Book/Series That You Didn’t Like 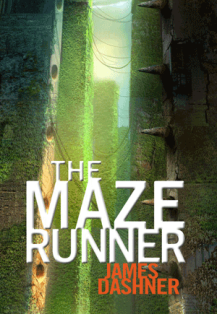 This one is one that might surprise you. I actually didn’t like The Maze Runner by James Dashner. I couldn’t even finish the book. My brother did, but I couldn’t. I just can’t stand his writing style and if I don’t like the writing style, then I can’t read the book. Plain and simple. I do love the movies. But I just could not STAND that book.

Question Two: A Popular Book/Series That You Like But Everyone Else Doesn’t

Keep in mind this is everyone except this Sophomore at my school and my school librarian.

Twilight by Stephenie Meyer. All of my friends hate that book because they have seen the movies. And they are judging it by its movie. But they don’t care. I love this book and series. It is the book that really got me into reading. This is a book series that I will love and cherish forever.

Question Three: A Book With a Love Triangle Where the Protagonist Ends Up With the Wrong Dude

The Forbidden Game series by L. J. Smith. This is probably one of my most unpopular opinions for those who have read this (it is a fabulous book; you should definitely check it out!). But I don’t care how dedicated a girl can be to a normal human boyfriend, but I was Team Julian from the beginning. I always shipped Jenny with him and not Tom. Julian was evil and dark, but he truly cared for her and I just wish she would have chosen him. Because she felt something for him.

Question Four: Popular Genre You Hardly Ever Go For When You Need A New Book

Definitely Horror. I don’t like horror (unless it is by L. J. Smith). I don’t want to feel terrified reading a book. I’ve never liked that genre. I will one day read a Stephen King book but that day sure isn’t any day soon. I don’t like that creeped out feeling I get, so I usually avoid the horror section in Books A Million. And that is pretty strange for me because I will read just about anything.

‘Evie from The Diviners. This is the reason that I have yet to finish that book. Her character just annoys the eff out of me. It’s like she is trying too hard to be cool. She is always in everyone’s business. And I don’t get why she needs to act like a pompous priss all of the time. Just my opinion.

Question Six: Popular Author That You Can’t Get Into

Margaret Stohl. Maybe It’s the combo platter of her and Kami Garcia, but I cannot get into any of her books, especially the Beautiful Creatures series. And I know that it isn’t Kami because I have read her Legion series and it is phenomenal. But Margaret Stohl’s writing style is just something I have a problem with and can’t get past.

The Percy Jackson series by Rick Riordan. I read the first book and I have no interest in continuing on in the series. I was never a huge fan of Greek Mythology. And the reason isn’t because of Percy’s age. How stupid is that? And it isn’t Rick Riordan’s writing style either. Because I freaking loved The Kane Chronicles series. But I just have lost interest in the series and I probably will never read the rest of the books.

Question Nine: What Movie Or Show Is Better Than The Book?

So that was the tag! I hope you all enjoyed reading it, and I tag you all to do this tag. Please pin me in your post so that I can read it!