So this is very late and very overdue. My birthday was December 29 and my birthday party was January 30. I got a lot of BAM (Books A Million) giftcards…People take turning eighteen seriously, apparently. So I went on a little shopping spree in BAM and this is what I bought, and one that I received.

So my best friend Lauren was so kind as to purchase a bookmark for me (it is cream colored with the words “Everything You Can Imagine Is Real” and a black ribbon on it) and the Literary Listography. I am loving both of these and putting them to good use.

The next section is books I bought.

The first book I bought is Ready Player One by Ernest Cline.

This is a futuristic book. Basically, there is no room left on the planet, so trailers are no longer adjacent to one another; they are stacked on top of one another and the planet is so bad that in order to escape reality, everyone plays this virtual reality game called Oasis. So the owner dies, but he hides the clues to his fortune and the Oasis inside the game and whoever finds it first, gets it. And whoever owns Oasis virtually owns the world. So our main character, Wade, finds the first clue and he gets together with his gamer friends to find the rest of the clues. But the Corporation wants it, so they are willing to kill Wade and his friends to get the fortune and Oasis. It sounds really interesting and intriguing, and I am very excited to pick this one up.

The next book I bought is Truthwitch by Susan Dennard.

I don’t know much about this book. It came out at the beginning of last month, and everyone on Booktube has been raving about it. It follows two women, Threadsisters, named Safiya and Iseult and it involves kicking ass and saving the world and that’s all I know. That’s all I want to know. I am actually currently reading this, and there will be a review up soon.

Another book I bought is Illuminae by Amie Kaufman and Jay Kristoff.

This is a beautiful book. I can’t show you how beautiful it is, but it is gorgeous. I have heard nothing but fabulous reviews about it. Literally the only thing I know about this book is it is told in like files and texts and various other things, and I am so excited to read this. It is such a cool book! Another incentive for me to read this is Katrina from Little Book Owl on Booktube has been raving about this book. She has either three or four copies of this she loves it so much.

The next book I bought is Carry On by Rainbow Rowell.

This is the companion novel to Fangirl. If you have read Fangirl, then you know that this is the fanfiction that the main character was writing, Cath to be specific. If you haven’t read Fangirl, then I do not know why. It is my favorite contemporary that I have ever read, and I have heard nothing but good things about this one as well. This is fantasy, and if you have seen any video from Kat’s Booktube channel Katytastic within the last few months, then you have heard of this book. She loves it so much that I feel obligated to read it and see if I feel the same way. This is a gay fanfiction, so if you don’t want to read it because of that aspect, more power to you. But I am very excited to read this.

Another book I bought is Six of Crows by Leigh Bardugo. 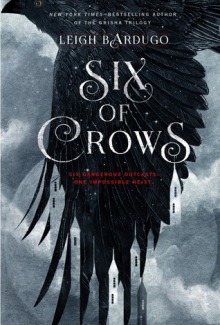 This book is one I have been trying to get my hands on ever since I heard that it was going to become a thing because I love the Grisha world and I love Leigh Bardugo’s writing. This is set in the same universe as the Grisha Trilogy, but you don’t need to read that to read this. I have heard that this is so much better than the Grisha Trilogy. One of the bigger problems with that trilogy was the character development and since she didn’t need to develop the world, she developed the characters, and it is so good, I have been told. It is fantasy (guys, I am on such a fantasy kick right now) and it involves a fabulous cast of characters and a huge heist. That’s all I need to know. That’s all you really need to know. I am so excited to devour this book.

The next book I bought is Unravel Me by Tahereh Mafi.

This is the sequel to Shatter Me, so I won’t tell you anything about this one other than that it is a dystopian trilogy, and Tahereh’s writing style is my all time favorite of all the writing styles that I have read. It is so poetic. Like I put her above Cassie Clare. It follows the story of Juliette who was imprisoned by the Reestablishment because she accidentally kills someone (her hands kill anything they touch), but they decide she will be useful so they let her out, but she has to work for them. It is really good, but if you’re interested in knowing all of my spoilery thoughts, my review is here. 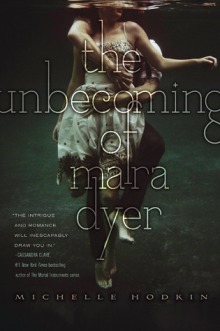 This is one I have been meaning to buy and read for literally years. But is a paranormal thriller. I know nothing about this at all. Like I think our main character thinks she is crazy, but really isn’t, but I don’t know. All I have heard is raving reviews about this book, so I really want to read it.

The next book I bought is Crown of Midnight by Sarah J. Maas. 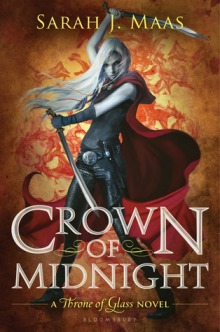 This is the sequel to Throne of Glass, a book I really loved, and it is a high fantasy book. The first book was phenomenal. It follows Celaena Sardothien, an assassin who is being entered into this competition with other lowlifes of the world (thieves, assassins, and the like) to be the King’s Champion, pretty much his personal assassin. It is so good, and I highly recommend it. If you want to know all of my spoilery thoughts, my review is linked here.

Another book I bought is In the Afterlight by Alexandra Bracken. 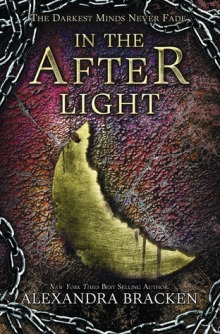 This is the last book in The Darkest Minds trilogy, and I am so excited to read this. This is a dystopian series following the story of Ruby. She is basically in this concentration camp for people with powers and then she is broken out and eventually comes across this van with some kids with powers like her and it is an epic road trip, and I absolutely love this series. It is really hard to explain because it is pretty complex. One of my first book reviews ever was The Darkest Minds, so if you want to know all about it, it is linked here. But be warned. It is not the best. Super excited to see how this series closes out!

The next book I bought is Faking Normal by Courtney C. Stevens.

This is a contemporary that deals with rape and depression, I believe. But I am not entirely sure. So there’s a trigger warning for this and I am very excited and terrified to read this. I have had depression for the last few years, so I am equally curious and equally terrified to see how this story is told.

The last book I bought is P. S. I Still Love You by Jenny Han.

This is the sequel to To All the Boys I’ve Loved Before, and I have already read P. S. I Still Love You, and done a book review on it, so I’ll link that here. The first book follows Lara Jean who has written these letters to all the boys she loved before (had to do it guys), specifically in her eighth grade year, that goes into explicit detail about her feelings and she seals and addresses them, placing them in her hatbox and then one day they are all sent out. It is cute and fluffy and funny. I really enjoyed the first book, but I was not a fan of this one (3/5 hearts; I am one of the only ones who didn’t like it). I just felt annoyed with the majority of the characters and petty high school drama that just irritated me to no end. But you should definitely check it out to see if you feel the same way or different.

I told you that I bought literally a ton of books! At least I am going to have something to read for the next few months. I hope you enjoyed this, and I will be posting pretty soon, so I will see you then.