So I decided that I wanted to do another book recommendations post, so since I have been getting super into the genre of Fantasy, I decided to recommend some books/series in this genre. Let’s get to it!

The first one you should definitely consider picking up is the Throne of Glass series by Sarah J. Maas.

I absolutely love this book and this whole series. It is still an ongoing series, and it is high fantasy. Books 1-4 are out and I will say that you shouldn’t judge this series by the first book. Things really start to pick up in book 2 (Crown of Midnight). Basically, it follows this assassin named Celaena Sardothien who is taken out of this mining prison and is put into this competition against other thieves, assassins, and the like to become the King’s Champion, which is basically his personal assassin. It is so good, and if you are interested in my spoilery thoughts, I will link my book review here.

The next one you should read is The Mortal Instruments series by Cassandra Clare.

This is a fantastic series, it being Urban Fantasy, that I freaking love. I talk about it so much, you guys should really pick them up already. The first book, City of Bones, follows our main character Clary Fray as she comes home one day to find that her mother was kidnapped and she is actually from a long line of Shadowhunters, the Fairchilds. Shadowhunters are demon hunters, being half-angel and half-human. They are tasked with protecting the human world from the Shadow World. There’s an epic love story and intrigue and “OH MY GOD” moments and you really need to read this. Cassie is my favorite author of all time and I really love her books.

Another one you should read is the Grisha trilogy by Leigh Bardugo. 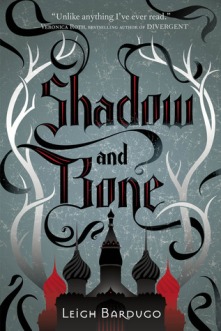 This is a high fantasy series that follows Alina Starkov, a girl in the army who in an effort to save her best friend’s life, unleashes a power that heals him. She is immediately recruited by the Darkling to be trained as one of his Grisha. There is romance and action and friendship and I just really love this series. I highly recommend that you pick these up because Leigh is a fabulous writer and these are fantastic books.

Another one you should read is A Court of Thorns and Roses by Sarah J. Maas.

This is the first book in a new high fantasy series of the same name. It is a retelling of Beauty and the Beast and it is fabulous. It follows the story of Feyre, a huntress who unknowlingly kills a fae wolf, so she for compensation, has to live with the Faerie Lord Tamlin in the Fae lands. This book gave me all the feels. I really enjoyed it because it was full of romance, hilarious moments, friendships, and action-packed scenes. If you want to know all of my spoilery thoughts, my book review is linked here.

The next one you should pick up is The Infernal Devices trilogy by Cassandra Clare. 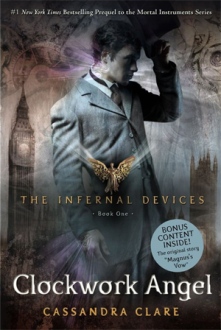 This is another urban fantasy series set in the same world as The Mortal Instruments, but follows characters in the Victorian Era. It follows Tessa Gray, an American woman who comes to England to see her brother, but finds herself kidnapped and being prepared to marry a man known as the Magister. She is rescued by Shadowhunters and from then on, things start to happen as the Magister desperately tries to find her. This trilogy was so much better than The Mortal Instruments and TMI was pretty rockin’ fantastic. I highly recommend this series.

Another one you should read is Six of Crows by Leigh Bardugo.

This is the first book in Leigh’s new high fantasy series of the same name. It was so much better than the Grisha trilogy and I really loved that series. This is essentially about a heist. Six people join this impossible heist to go get something from the most protected facility in the world. It is impenetrable. What makes this book so great is the unique cast of characters who all have different cultural backgrounds and interesting backstories. If you want to know all of my spoilery thoughts, I will link my review here.

The next one you should read is The Sword of Summer by Rick Riordan.

This is the first book in his new fantasy series that follows our main character Magnus who is homeless and finds himself in danger and trying to prevent the end of the world from happening. I read this, going into it pretty much blind. I honestly would not have even bothered to pick it up if a few months prior I had not read and loved The Kane Chronicles (which will be later down in the list). I read this, was blown away, and absolutely loved it. I thought it was hilarious and action-packed. If you want to know my full spoilery thoughts, I’ll link my review here.

You should also try to read Truthwitch by Susan Dennard. 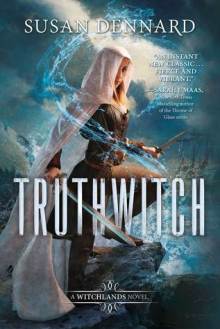 This is a new high fantasy book, the first in a new series. It just came out in January and I made it my personal mission to get my hands on this book. So I did that and I devoured it as soon as I got it. Now I will say that you are immediately thrust into the heart of this book and this world without any explanation, which was pretty disorienting at first, but once the world clicks in your mind, everything starts making sense. It surrounds these two best friends named Safiya and Iseult who are kicking ass and saving the world. Safiya is a Truthwitch, meaning she can tell truth from lie, and everyone is trying to get their hands on her for political reasons. Iseult is a Threadwitch, meaning she can see the bonds that link people together and their moods and whatnot. It is very action-packed and full of friendship (that friendship being the main relationship in the book) and a little bit of romance. If you want to know all of my thoughts, I’ll link my review here.

If you have no interest in reading the Percy Jackson series, but you still want to read a funny book, then you should read The Kane Chronicles by Rick Riordan.

This is a fantasy series centered around Egyptian Mythology (my favorite!) and it is hilarious. It is told in a pretty unique fashion. Its like it is told through a cassette recorder, but the words are printed so we can read them and it is just really unique. It is told through the perspective of two siblings, Sadie and Carter. When their mom died, they were separated. Sadie lived with their grandparents in London while Carter traveled the world with his father who was an Egyptologist. One night, Sadie and Carter see each other with their father who takes them to the British Museuem and he ends up releasing the Egyptian god Set who banishes their father into oblivion and forces them to run for their lives. He shows some interest in them and wants them dead, essentially. This series is action-packed, full of friendship and love. I really love this book and I am now feeling the need to reread it…

The next series is one that I picked up on a whim and ended up falling in love with, and that series is the Miss Peregrine’s Home For Peculiar Children series by Ransom Riggs. (Man, that is a mouth-full!) 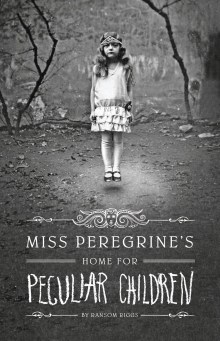 This is a high fantasy/horror series that features Jacob, a teen who is reeling from the strangeness of his grandfather’s death. In search of answers, he journeys to Wales to find his grandfather’s old orphanage where he grew up. He finds it and as he explores it, he starts to uncover his grandfaher’s secrets and comes to the realization that as impossible as it may seem, those children his grandfather grew up with may still be alive. This book surprised me with how much I enjoyed it. I flew through this and if you don’t know, there are pictures that work alongside the story beautifully. I highly recommend you read this trilogy.

The last book I am going to recommend is a fairly new release because it came out last October and it is Carry On by Rainbow Rowell.

While the majority of these series may have been very dark at times and serious, this book was very fun and light and fluffy. The magic system is super unique and cool and the love story is freaking beautiful and magical. It centers around Simon Snow, this “Chosen One” who is supposed to kill the Insidious Humdrum and solve all of their problems. Obviously he falls in love along the way. This is gay love, so if that bothers you, then more power to you! I absolutely loved this book. It was so hilarious and cute and I just really enjoyed reading this book. I could not put it down. If you want to know the full extent of my spoilery thoughts, I’ll link my review here.

Wow, that was a lot of recommendations. I honestly had no idea I read so much fantasy until I made this post. It is one of my favorite genres and I just love it so much. I hope you enjoyed this post and you should definitely tell me down in the comments if you want to read or have read any of these books. I would love to know. And that is going to be it for this post today. Thank you so much for reading, I hope you enjoyed it, and I will see you next time.

One thought on “Fantasy Book Recommendations”