Hey, guys! Its that time of year again. I am doing my yearly favorites posts. There were a lot of TV shows that I enjoyed this year, but there were a few that really stood out to me in their epicness, the quality of the acting and cinematography, and the actual writing of the show. TV show quality was just at an all time high in 2016, I think. There were so many good ones! I am super excited to get into the shows that just blew me away, so let’s get into it! 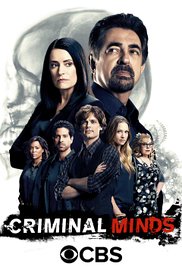 This year, there were a lot of changes, from Morgan leaving to Thomas Gibson (who plays Hotch) getting kicked off the show. And then we had new team members coming in to take their place and a returning character suddenly becoming head of the unit. There were a shit ton of changes, but I still really enjoyed the show and I think the show made up for the changes. And even if it wasn’t the greatest season we’ve ever seen of the show (which it wasn’t), I will watch this shit until it is cancelled. I am a dedicated fan and I will love just about every episode they give me. If you aren’t watching Criminal Minds, I highly recommend it. I am pretty sure I have watched every single episode of this show seasons 1-11 at least a dozen times, if not more. Its so good! 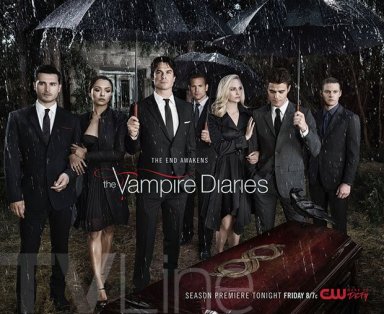 The first half of season 7 was not the greatest, I will admit, but the second half, which aired this year, was actually really, really good. All the confusing things about the first half of the season finally got cleared up, we were done with the “then and now” crap they were doing and the show finally started to be more cohesive. Now the final season, season 8, has premiered and we are halfway done with it! How crazy and upsetting is that? But this season, in my opinion, is one of the best seasons ever on this show. There’s so many complex relationships and friendships and plot twists and “Oh my freaking God” moments. This season has completely blown my mind and I am so freaking excited (and sad and terrified) to see the rest of the season!

This season was, in a lot of ways, the best and worst season of The Originals. The action and plot twists and family drama and death and destruction were all at an all time high, but they killed off two of my favorite characters, which I am still pissed about, because there was no reason they should have died. There was no justification. Its like the writers were like, “Who gives a fuck about these characters anyway? Let’s just slaughter them and traumatize the fans! That will bring up the ratings!” It pissed me off and I am still pissed off. But that ending to the season was absolutely crazy and the new season actually starts when the final season of The Vampire Diaries ends, which I have a few theories about. Fingers crossed some of the characters of TVD crossover to The Originals!

I finally got back into this show. I got caught up and have been watching it and it is glorious. The second half of season 11 was epic and mindblowing and so freaking good. But this first half of season 12 has been funny, terrifying, epic and so many other things. This show has been so on point this season and watching it has made me wonder why I stopped watching it in the first place. And I was pretty excited about seeing the actress who played Valerie on The Vampire Diaries appear in this season, even if I hated her character. But I am so excited to see where we go with the rest of the season!

This was a shocker in how much I ended up loving this show. I don’t normally watch a whole lot of horror-related things. Its not really my cup of tea. But this show definitely was. The acting was fantastic, the writing was fabulous, the cinematography was on point, and the story line and plot twists were completely creepy and off the chain amazing. I honestly don’t understand why more people don’t watch this. It is a bit satanic, but its so good and so well done that I think you can look past that. Because this show is one of the best shows that I have seen in years!

And there you have it! Those were My Top 5 Favorite TV Shows of 2016! What was your favorite show of this year? Comment down below. And that is going to be it for this post today. Thank you all so much for reading this, I hope you enjoyed it, and I will see you next time.