Hey, guys! Its finally time. Its finally time for my first TBR of 2017. 2016 is over! And may I just say, “Thank God!” That year seemed to just be dragging for forever. So I decided I would try to read 70 books this year, and I am not going to stress myself out in trying to reach that goal, though I do want to reach it. I need to read about 6 books a month in order to meet it, which I am excited for because more reading. But enough with the chitchat. Let’s get into the books I want to read in January 2017!

The first book I want to try to read is This Savage Song by Victoria Schwab.

This is a book I received for Christmas and is a book that I’ve started, but haven’t finished. In this book, we follow two main characters, Kate, who is the daughter of the leader of the South side of Verity City and August, who is the son of the North side of the city and is a monster. Kate desperately wants to live up to her father’s ridiculously high expectations and her dad, while human, is cruel and monstrous in a human way and she wants to be just like him. August’s father, on the other hand, is kind and having grown up with that kind man, he desperately wishes he weren’t a monster, but a human boy. That’s all I am going to say without spoiling it. There are monsters and mayhem and absolutely no romance. None whatsoever, which is what originally intrigued me. I am barely fifty pages in and have been raving about it to everyone (especially my younger brother who has been telling me to shut up, and sometimes recites everything I’ve told him when I thought he was ignoring me). I am so excited to delve deeper into this story. I know its a pretty slow-moving story, but I am going to take my time with it because it is going to be epic and I can already tell it will probably end up being one of my favorite reads of the year.

The next book I am going to read is Myths of Immortality by Raye Wagner.

This is the third book in the Sphinx series, and I am so excited to read this. This book actually doesn’t come out until January 12, so this is an e-ARC, but this has been one of my anticipated reads of 2017. Raye did kindly send me this, and if you know anything about me, you know I hate reading ARCs as e-books, but I will read any shit this woman puts out because its all good (I’m serious. I would read her grocery lists.) This is a series following a girl named Hope who is a Sphinx (obviously), trapped by a curse that she desperately wants to be free of. Its full of love, loss, badass characters, and amazing writing. I highly recommend it!

The next book I will be reading is The Whitechapel Fiend by Cassandra Clare and Maureen Johnson. 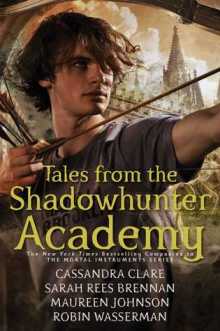 This is the third book in the Tales From the Shadowhunter Academy series, which take place before Lady Midnight and after the events of City of Heavenly Fire. Even telling you the main character’s name would be a spoiler, so I’m not going to. Just know it follows one of the main characters from The Mortal Instruments series, and its really freaking good. I always devour these novellas, and last night I actually finished the second one, The Lost Herondale, which was amazing, by the way, and I will be doing spoiler-free reviews of each of these novellas. As of now they are going to be spoiler-free, but that may change. But I am very excited to see where this novella’s story will go!

The last book I am going to read in January is Ugly Love by Colleen Hoover.

This is a contemporary novel that I have been dying to get my hands on ever since I heard about it on Christine’s YouTube channel (polandbananasBOOKS) and I have never heard a negative review in all the years that I have been watching BookTube and been hearing about this book. Everyone has been raving about it (and still is). It is centered around a sort of “friends with benefits” relationship (minus the friends part) between two people that work on a plane, and I am pretty sure Miles is the pilot and Tate is a flight attendant, but I am not completely sure what her function on the plane is, so I might be wrong. But this sounds so tempting and I have been wanting to read a Colleen Hoover novel for a while, so I figured this would be a great book to start with!

And there you have it! Those are the books I plan on reading in January of 2017! What book do you want to read first in 2017? Comment down below! I would love to know. And that is going to be it for this post today. Thank you all so much for reading this, I hope you enjoyed it, and I will see you next time.