Hey, guys! So I actually have already done the Unpopular Opinions Book Tag but I think my identity as a reader and my tastes and beliefs have changed since I did it the first time, which was a couple of years ago. I’ve changed more in the last six months than I have in the last three or four years, so I have a feeling most of my answers will be remarkably different. But let’s just go ahead and get into the questions!

This is one I don’t generally talk about much, but I was not a fan of Me Before You by Jojo Moyes.

This is a book that most people really, really enjoyed, and some might even say it is one of their all time favorites. But this book was just not my cup of tea. First of all, I was not a fan of the romance. I know. That’s blasphemy. But I did not ship it. I thought Will was a jerk, and that Louisa should have done her job, yes, but she didn’t need to be personally involved in the way that she was. I also did not like the writing style or the pace. Many people thought this book was funny while I did not. And many people didn’t see the ending coming. I did. I just thought it was too predictable. I understand that everyone but me is in love with this book, but I just did not like it. It wasn’t my thing.

Two: A Book Everyone Seems to Hate But You Love

This is actually a series, but that series is The Kane Chronicles by Rick Riordan. 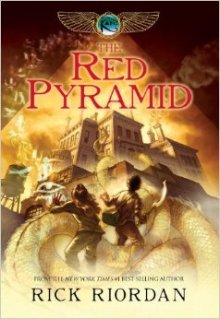 This is a series that either people have no read or they just don’t like it. They don’t see the point in this because they aren’t fans of Egyptian Mythology. But I am absolute trash for this series. I was so upset when I realized there were only three books. I just don’t understand why so many people don’t like this series. Its got sass, lots of humor, general badassery, and freaking Egyptian Mythology (my absolute favorite!) not to mention the fact that it involves a really hot, forbidden romance and just so much happens in this series, and its so good, and I loved it so so much!

Three: A Book Where the Main Character Ends Up With a Character You Didn’t Want Them To End Up With or a Ship You Don’t Like

This will actually be very spoilery, so if you are not completely caught up with the Sphinx series by Raye Wagner, scroll past the purple text. I have to talk about this. 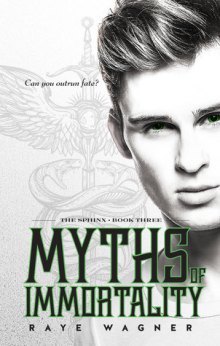 I do not want Hope to be with Athan. I get that he gave up everything for her and blah, blah, blah. But I am 500% Team Xan. He really loves her, he’s badass, he’s hot, and he would do anything for Hope. At the end of this book, Hope chooses Athan, but I am hoping in the next book or two that she comes to her freaking senses and pulls an Elena Gilbert, switching guys. Like if Elena can choose Damon, her freaking soul mate, Hope can choose Xan. He’s my fave, and he deserves a happy ending, especially with someone like Hope. I refuse to believe she and Athan are End Game. Nope. I am in denial until the series is over. Like I will go down with this ship. Xan and Hope just need to be together. That’s a foregone conclusion.

Four: A Popular Genre You Don’t Frequently Reach For

There are several genres that could go with this (Classics, High Fantasy, even though I love it, Horror…), but I have to go with Dystopian. That is a genre that used to be the shit a few years ago, but I have read so much Dystopian, I just shy away from that section in the book store because in general, all Dystopian books have the same structure. Corrupt government, main character overthrows said corrupt government, and something tragic happens to that main character or someone they are close to in the end. I think I am done with that genre for quite a while. Its just been beaten to death. I can’t read those books.

Five: A Beloved Character You Hate

This one isn’t so obvious, but I was never a big fan of Ringer from The 5th Wave series by Rick Yancey.

Ringer is viewed as this really badass bitch in the best way possible in this series. So many people really enjoy her character, and if you do, great. I am so happy you love her character. I just personally, never really liked her. And I don’t hate her, but every time she was in a room, I just wanted her to walk out. Which sucked because we were inside her head for the majority of The Infinite Sea. I never understood why Ben liked her. What was so special about her? Yeah, Ringer was just not one of my favorites.

Six: A Popular Author You Can’t Get Into

The only one to really come to mind at the moment is George R. R. Martin, the beloved (and hated) author of the A Song of Ice and Fire series.

This is not for lack of trying. I have tried to listen to the audiobook. I have tried to read the physical book. I just can’t get into his books. I think its mostly because its High Fantasy. I didn’t even get into High Fantasy until the beginning of last year, so I do think this is a bit over my head in that department. I don’t think I am ready for this series. I think I need to wait a few years when I have become more comfortable with High Fantasy, particularly Adult High Fantasy. Its just too advanced for me right now.

Seven: A Popular Trope You Are Tired of Seeing

There are a lot of tropes that I am so over. I think last time I said love triangles. I am also pretty sick of girl on girl hate in books. It just is sending out a bad message, and I am just not okay with it. I am also sick of authors thinking they can get away with slurs to certain populations, like the dark-skinned agresor or the savage. I think those tropes are so harmful, and I honestly don’t understand how those books are being published. I just am not okay with authors using harmful subjects to propel the story without it being questioned or challenged by anyone in the book. For instance, if one character says a racist or sexist comment and nobody says anything to challenge it and show that it isn’t okay for those things to be said.

Eight: A Popular Book or Series You Have No Interest In

This one is pretty easy for me, and that is Carve the Mark by Veronica Roth. 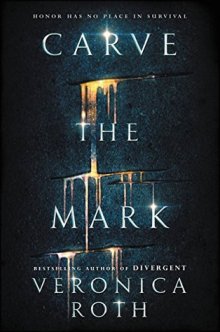 This is the first book in a series that I will never read in my life. If you haven’t heard of this series, I will be pretty surprised because this book is one that is super controversial in a really bad way right now. This book romanticizes the dark-skinned agressor and is very racist. As I haven’t read the book, I can’t tell you all of the problems with this book, but The Continent (which was even worse) by Keira Drake. If you are interested in the specifics in the novel that made the both of these novels so controversial, I recommend looking at this blog post.

Nine: What Book to Movie / TV Show Do You Think Is Better Than the Book?

My answer will probably not be hard to guess because I have talked about how I believe the movie franchise is better than the book series. But I have to go with The Maze Runner (book by James Dashner).

The movies are freaking fantastic. I love the story line and how freaking creepy and scary it is. I love the characters and the relationship between them, and it is just so good. The book on the other hand, I DNF’d because I could not get into it whatsoever. It was boring, I hated the writing, I hated the characters, and it just was not good. But the movie franchise is freaking fabulous, and if you haven’t watched the movies, I highly recommend that you do because they are epic!

And there you have it! That was the Unpopular Opinions Book Tag! What is a Book to Movie/TV Adaptation that you feel is better than the book? Comment down below! And that is going to be it for this post today. Thank you all so much for reading this, I hope you enjoyed it, and I will see you next time.