Hey, guys! I really thought I wouldn’t buy any books this month, but as you very well know, obviously that didn’t happen. When does this ever happen? I have no impulse control whatsoever when it comes to buying books. But I think its okay because these books were all bargain books, and I ended up buying six books for less than thirty dollars. Book Outlet is a godsend. But let’s just go ahead and get into the haul!

The first book I bought was City of Glass by Cassandra Clare.

This is the third book in the fabulous The Mortal Instruments series, and surprisingly, I did not have a copy of the original cover of this book. I do have a copy of the new covers of this book, but lately I’ve been trying to complete my collection of these books. In the original covers, I now only need City of Ashes and City of Fallen Angels. I am so happy that I finally got a copy of this book because I have been trying to complete this collection for years. This series is one that most people have heard of. It involves demon hunting, warlocks, vampires, faeries, and just general badassery along with gorgeous writing, and well-written characters. Its fabulous, and I highly recommend you check it out, if you haven’t already. Again, so excited to have this one!

The next book I bought was Far, Far Away by Tom McNeal. 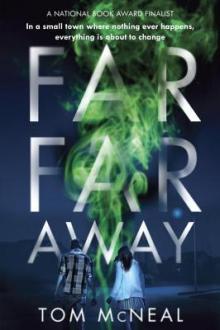 This is a book that I have heard pretty much nothing about, but the story line intrigued me, so I bought it. This is a story that follows Jeremy Johnson Johnson, a boy who hears a voice, and that is the voice of Jacob Grimm, one half of the Brothers Grimm. Jacob watches over Jeremy and protects him, but he can’t protect him from everything, so when a girl named Ginger Boultinghouse takes a bite of a cake that is rumored to be bewitched, she falls in love with the first person she sees, which so happens to be Jeremy. But this cannot be good because a sinister evil called the Finder of Occassions is watching and waiting, and as this does involve the Brothers Grimm, we all know those fairy tales do not end well. I jumped right on this train because I love anything and everything to do with the Brothers Grimm because I was obsessed with those stories growing up. But I am very excited to dive into this one soon!

The next book I bought was Confess by Colleen Hoover. 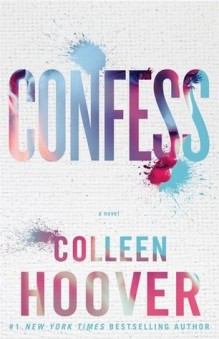 This is a standalone contemporary novel that follows Auburn Reed, a girl who has everything mapped out, but that all changes when she walks into an Art Studio, looking for a job, and meets Owen Gentry, an artist who works there. She puts her heart into control and starts a relationship with Owen, but he is keeping major secrets, and these threaten to destroy everything important to Auburn, so she decides the only way to preserve those things, is to cut Owen out of her life. He doesn’t want to lose her, but the only way to save their relationship would be to confess, but the confession might be infinitely worse than the actual sin. I wanted to read another one of Colleen’s books, so I picked this one up, and it sound so compelling, so hopefully I will get to it soon!

The next book I bought is City of Heavenly Fire by Cassandra Clare.

This is the last book in The Mortal Instruments series, and I am so glad I finally got a copy of this one. I do have a copy of this in the original cover, but this one is just so beautiful, and it is one of the last books I needed to complete my collection of the new covers. I still need a copy of City of Lost Souls in the new covers. But these books are so beautiful, and while I do prefer the original covers, these covers are still stunning. But this series is one of my all time favorites, and I am so happy to finally be completing my collection of them!

The next book I bought was Everything, Everything by Nicola Yoon.

This is a standalone contemporary novel that I actually have already read and enjoyed. It was fabulous, but this story follows a girl named Madeline who hasn’t been outside in eighteen years because she is allergic to the outside world. And then one day a family moves in next door, and they have a son named Olly who quickly becomes intrigued by Madeline. Sparks fly, forbidden love happens, and its just my everything, everything. (Come on. You had to know I would put that in there.) Also, Madeline is a person of color, so there is diversity in this book!! I am very glad I decided to pick this one up because it was a good one!

The last book I bought in February was Truthwitch by Susan Dennard.

This is the first book in the Witchlands series, and I did already own a copy of this, but my friend Lauren has had it since last March, and I figured I could just let her keep it, and I could buy a new one. Which worked out for the both of us, I think. Anyway, this is a high fantasy book centered around the friendship between Safiya and Iseult. In this world, people have a witchery, and Safi is a truthwitch, which is really rare, and Iseult is a threadwitch, meaning she can see the bonds between people. These two girls find themselves caught up in a political battle for power because truthwitches are sought after by all, and this puts a target on Safi’s back. Its very action-packed, well written, and such a kickass novel that I really enjoyed. The second book, Windwitch, came out last month (which I already own a copy of), and I am hoping I will get to that book soonish. But who knows?

And there you have it! That was my February Book Haul! What’s your favorite book that you bought/received this month? Comment down below! And that is going to be it for this post today. Thank you so much for reading this, I hope you enjoyed it, and I will see you next time.