Hey, guys! I am very nervous to talk about the books I really did not like that I read this year as this is quite a controversial post. This honestly was kind of difficult to piece together as I did enjoy most of the books I read this year. There are, however, some books I was not the biggest fan of. Now as a disclaimer, I just wanted to say that I am in no way trying to offend anyone. Just because I don’t like these books does not mean you can’t like these books, and I am not personally trying to attack you. But with that out of the way, let’s go ahead and jump right into my least favorite reads of 2017!

8: Milk and Honey by Rupi Kaur

I know I am going to get a lot of hate for this one, but it just was not my thing. I know that this is a very beloved book for so many people, but I just was not my cup of tea. I liked certain poems in here, and I definitely have a ton of respect for Rupi Kaur for putting these poems out there when they are so deeply personal to her. I commend her for being that brave. However, I just do not vibe with her writing style. I just did not like it, and I feel like if there really was some semblance of a flow between all of the sections, I might have liked it a little bit more, but it just was a little bit out of sync in my opinion. 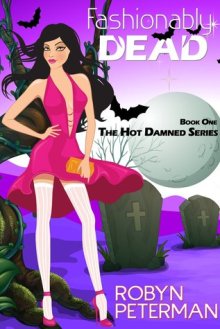 I am actually really sad that this made it onto my list because this was a reread for me, and unfortunately, I ended up having a lot of problems with it. Previously, this had been one of my all-time favorite paranormal romance novels, and it just is not now. I honestly wish I hadn’t reread it now. But I noticed a lot of sexist crap that was in here that I personally did not agree with, and it made me super uncomfortable while reading it. And it didn’t really get challenged, which was problematic, in my opinion. I think that the love interest was way too possessive and treated her like an object several times. He was way too controlling for my tastes, so I ended up just not enjoying this story. I just had a lot of issues with it…

This is the first graphic novel in the Ms. Marvel series, and I really wanted to like it. It sounded so diverse, which is the number one way to get me to pick up a book, because the main character is a Pakistani American Muslim girl, and she kicks butt. That sounded really interesting to me, but unfortunately, this one ended up falling flat for me. I didn’t really love the characters or the storyline or the artwork, though I did really enjoy the family aspect to it, which was a plus, not to mention the Muslim culture aspect. Unfortunately, the things I liked did not make up for what I didn’t.

This is the first volume in a series centered around Deadpool, and I really wanted to like it. I truly did, but it just was not for me. I saw the Deadpool movie, so I knew I really wanted to read some of the comics, so I picked this one up, and I just did not like it. I really did not find the jokes funny, I really didn’t like the writing or the artwork or the storyline. This was just a really big disappointment for me.

4: Under His Protection by Alyse Zaftig

This is a contemporary novella, and though it is probably categorized under the genre of romance, I personally cannot label this book romance as that would be insulting to the entire genre. I really hated this book. Like it is one of my least favorite books ever. I had a lot of issues with it, one being the horrendous writing. Alyse Zaftig is a pen name for a bunch of authors writing under one name, and you can really tell because the story did not flow very nicely at all. I am fairly certain that at the title of each chapter, it tells you which author is writing the chapter which is unnecessary and just takes the reader out of the story. Not to mention the fact that it really defeats the purpose of a pen name. But back to the actual story. It has no plot, the characters are completely two-dimensional, and I just really did not like this book.

This is a book that I am very disappointed in. I had high hopes for this story, but it ended up falling flat for me. What intrigued me about this story was the magic system. It seemed super interesting, but it just was not what I was hoping it would be. The story was too slow, I despised the romance, and I just kept wondering what the point of the whole story actually was. And the ending wasn’t even satisfying enough to make up for the lack of character development and plot. I just ended up getting super disappointed by this one, which is really upsetting. I just really wish this story could have been what I wanted it to be.

2: The Book of Teezus Thus Spoke Yeezus [Through Me] by Tes Mekonnen

This is quite possibly one of the worst written books I have read. Which makes zero sense because I have read an actual story by Tes Mekonnen, and the writing was pretty decent! This one, however, just didn’t make sense whatsoever. It was trying to be ironic and funny and failing miserably. At times, I thought it was making fun of Christianity while other times I thought it was glorifying it. I just did not get it at all. It had no flow or story to it, and all it did was give me a horrible migraine from forcing myself to finish reading it. It just was awful, and I really wish I did not read it because it wasted about 45 minutes to an hour of my life…

1: Now I Know It’s Not My Fault by Laurie B. Levine

This is a book that I am so disappointed by that it is kind of hard to put it into words. This is a book centered around a different type of abuse, which we have like no representation of, which I think should change. This book was supposed to fill that gap, and I think the science and knowledge of the abuse is sound and accurate, but the execution was not great. This story is set during the eighties and it follows this fourteen-year-old girl who has this sort of motherly relationship with a female teacher who uses that bond between the two of them to her advantage, to manipulate the girl and abuse her. That part of the book was done really well. Everything else was a train wreck. The writing was the worst part. I am almost 100% certain that this book was not edited by someone who isn’t Laurie B, Levine. That isn’t okay. I kid you not, the exact phrase–no variations–used about ten to fifteen times or more is, “She let out a breath she didn’t realize she was holding.” It was on my last nerve. I just really wanted to love this, and I was so disappointed in it, unfortunately.

And there you have it! Those were my least favorite books of 2017. What book was really disappointing to you? Comment down below! I would love to know. And that is going to be it for this post today. Thank you all so much for reading this, I hope you enjoyed it, and I will see you next time!