Hey, guys! I didn’t end up reading a lot in January, so I figured I could just combine the first two months of the new year into one wrap up. The majority of the books I read were for my classes as I am an English major, and I would say I enjoyed most of them. There is a wide variety of genres that I read, which was cool, and I am excited to see what the rest of the semester holds for me in terms of reading. But let’s go ahead and jump right into the wrap up!

The first book I read in 2019 was Of Witchcraft and Whimsy by Rose Orriculum. 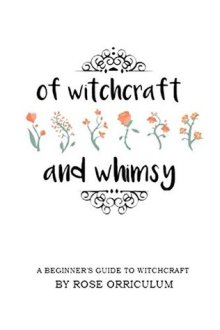 This is a beginner’s guide to witchcraft, but unfortunately its probably going to be on my least favorites list for the whole year. This wasn’t even the basics. It is basically just a youtube video in book format. The information was by no means extensive. It was weirdly formatted, and there are hundreds of other beginner witchcraft books I would recommend before this one. I just did not like it at all, and I gave it 2/5 stars.

The next book I read was Scythe by Neal Shusterman.

This book gave me hope after the first book I read for the month. This is probably going to be on my favorites list for the whole year. This is a dystopian novel in which the world has conquered death and disease, so the only way to keep the world population from getting out of control is to have scythes, the only ones permitted to take lives. This was such a good book. The pacing was a nice change. It can be a bit slower, but I honestly didn’t mind it. I think it definitely worked for the story, and I am especially excited by the fact that there was not a heavy romance in this book. There was a little bit of one, which I did not ship, but it didn’t overpower the story. I thought the world was so fascinating, and the characters were well developed. Overall, I absolutely adored this novel, and I cannot wait to read the next one! I gave this 5/5 stars, and I also wrote a review for it.

The last book I read in January was Much Ado About Nothing by William Shakespeare. 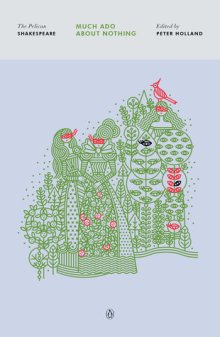 This is a play that I read for my Shakespeare class, and I enjoyed it. I wouldn’t say it’s my favorite Shakespeare play I’ve ever read, but it was pretty all right. It was a comedy, so it was still just good fun to read and analyze since its not really about death at all, but I thought it was a solid Shakespeare comedy. There was some really witty banter between two characters that I thought was entertaining, and I am curious as to how this would have looked on stage in the time period since boys played the women (prepubescent boys). Overall, I ended up giving this 4/5 stars.

The first book I read in February was Things Fall Apart by Chinua Achebe.

This is a book that I read for my World Literature course, and I actually really enjoyed reading this! This is set in pre-colonialization Nigeria, and it features the Ibo culture. It does eventually get to talking about the Colonialization of Nigeria, but the majority of the book is centered around the customs, beliefs, and lives of those who lived within the Ibo culture. The story is about a man named Okonkwo who lives in the Ibo culture, and I don’t think you should know anything else. I was completely blind going into it, and I think you absolutely need to do that as well. I can tell you that I enjoyed this book for a number of reasons, but one of them was the fact that I was actually analyzing the character of Okonkwo because he is someone who suffered from toxic masculinity, and I thought it was interesting to analyze him through a feminist lens of analysis. But overall, I really enjoyed this book, and I ended up giving it 4.5/5 stars.

The next book I read was Of Cigarettes, High Heels, and Other Interesting Things by  Marcel Danesi. 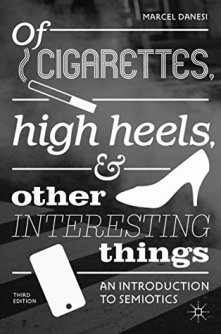 This is a book I read for my Pop Culture class, and it was pretty okay. I’m not going to say it was mindblowing because honestly, it could be quite boring, but I understand why we read it. This book analyzes pop culture through the language we use, the way we act, the clothes we wear, and various other factors. The class is a lot more fun than this book because we get to watch pilot episodes of YA shows and analyze them in class. But this book was just kind of there for me, so I ended up giving it 3/5 stars.

The next book I read was Frankenstein by Mary Shelley. 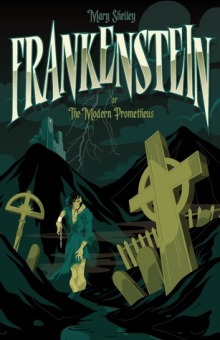 This is a gothic horror classic that I read for my Fiction Appreciation class, and it actually is a reread for me! I have always loved Frankenstein, and I think the story is so interesting, especially reading this for a class. We discussed certain themes that I did not see in it before as well as types of readings and different interpretations of the story, and it was just really interesting this time around. Overall, I loved my reread of this, and I gave it 4/5 stars.

The next book I read was Hamlet by William Shakespeare.

This is a play I read for my Shakespeare class, and it also is another reread for me. This is my favorite Shakespeare play of all time, so this was a lot of fun to reread! I just love the chaos of Hamlet. This is a play where there can be murder, a party, and a fight all in the same scene. I think it is really interesting to look at the psychological aspects of this play, and I just think its really fun for me. I am so glad I got to reread this, and I gave it 4.5/5 stars.

The last book I read in February was Death and the King’s Horseman by Wole Soyinka.

This is a play I read for my World Literature class, and this was a play that was difficult for me to get through. Everything that happened and the cultural significance of those events was not something you could get solely from the play. My professor had to explain everything when we got to class so we understood what was going on. This is about Yoruba culture post-colonialization, and I respect it for those reasons, but it just was not my cup of tea. I think I would have liked it if it were a novel, but as a play, it just was not for me, so I ended up giving it 3/5 stars.

And there you have it! Those were all of the books that I read in January and February! What is your current read? Comment down below! I would love to know. And that is going to be it for this wrap up today. Thank you all so much for reading this, I hope you enjoyed it, and I will see you next time!