Hey, guys! I am super excited to talk about all of the books I read in the month of May! May was a little bit insane with finals and my brother’s graduation so its a miracle I read any of these books honestly. June was equally crazy because I was going on vacation, I got a new cat (read all the way to the bottom for a surprise!), and I have also been going through a breakup in addition to working insane hours. I barely have enough time to eat and sleep, let alone read, which is why I didn’t end up reading anything in June. But I am excited to get into all of these books, so let’s go ahead and jump right in!

The first book I read this month was The Dreadful Tale of Prosper Redding by Alexandra Bracken. 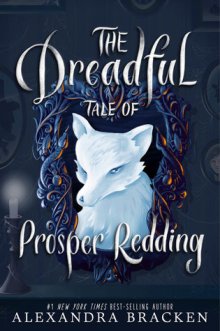 Yeah, you read that right. I finally finished this book. It only took me about seven months, but I finally did it. This book follows a boy named Prosper Redding who is /dealing with the fact that his great-great-whatever grandfather made a deal with a demon to secure success for the family and then broke that deal. Because of that, the demon is currently living inside of Prosper, vowing to get his revenge on the entire Redding line. It sounds more serious than it is. This book is freaking hilarious. And I actually really enjoyed it! It went to places I honestly was not really expecting and I am so glad that I ended up finishing it! I do have the second book so here’s to hoping it doesn’t’ take me another seven months to read it. I ended up giving this 4/5 stars.

The next book I read was I Hate Everyone But You by Gaby Dunn and Allison Raskin. 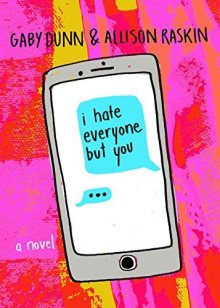 This is their debut novel, and it follows two best friends who go to two colleges on separate parts of the country as they try to stay in touch and maintain their friendship through all of that distance. It is told through emails and IM chats, and it examines friendships, sexuality, love, mental illness, and other topics, and I actually really enjoyed this. There were times when the story seemed to drag, but overall it was a pretty quick read. I am planning on reading the next book, and I ended up giving it 4/5 stars.

The next book I read was Mate’s Baby by Lola Gabriel. 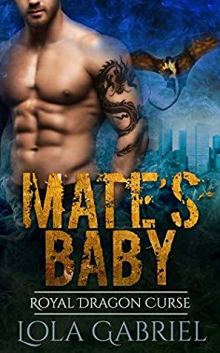 Despite the cheesy romance novel cover and title, this book was actually pretty good. I had pretty low expectations going into this book, but it definitely surprised me! This story follows Asher, a dragon shifter, and Olive, a human who is pregnant with his baby and had to run off out of fear Asher’s father would kill the child. I am a sucker for dragon shifter romance stories, and this book is no exception. With that said, one problem I did have with the book is it actually felt like a second book to me even though it was supposed to be the first. We are just thrust into the story in what feels like a second book kind of storyline. I would have loved to read about Olive and Asher’s love story from start to finish rather than snippets from flashbacks thrown into the book. I think I would have cared about the characters a whole lot more, I think. However, I did still really like this book, and I gave it 4/5 stars.

The last book I read in May was Sacred Places by Mandy M. Roth.

Mandy’s books are usually hit or miss with me and, unfortunately, this one was a big miss. I was pretty excited going into this book because I am super interested in Celtic lore and the druids and old magick, but this book really disappointed me. You saw a little bit of that, but it was mostly just a story that was incredibly rushed. There wasn’t really any conflict, the characters didn’t develop because the pacing was so rushed, and it was just really disappointing. It had so much potential, and it just ended up falling flat for me. I gave this book 2.5/5 stars.

And there you have it! Those were all of the books I read in the month of May. What is your favorite summer read you have read so far? Comment down below! I would love to know, and that is going to be it for this wrap up today. Thank you all so much for reading this, I hope you enjoyed it, and I will see you next time!